If something needs wood to fix it, the carpenter can do it. If something needs metal, he has local fabricators he can call on. But until recently, there has been nothing he could to fabricate plastic parts. This is why Daniel Busio, head of maintenance for one of the largest hospitals in Western Kenya, sees a benefit in 3D printing.

Mr. Busio heads a team of 11 responsible for maintaining all the equipment and fittings of the hospital – everything from the ICU machines to the drains. When anything stops working in the hospital, their job is to get it working again as fast as possible. The maintenance department operates 24 hours a day, 7 days a week. As well as biomedical engineers, some specialised in certain types of equipment, the maintenance team includes plumbers and a carpenter. As the largest hospital in the region, they are often asked to fix items from smaller hospitals and clinics too, although there is also a mobile team of biomedical engineers for that.

Taking part in trials with the MedTech Kijenzi project has allowed Daniel and his team to start experimenting with how 3D printing can help them. Without that capability, they are dependent on being able to source a spare part – often no easy task, as some of the equipment is quite old and they may not even know who the manufacturer is. Not all manufacturers have set up supply chains for their spare parts in Kenya (this is a problem in many developing countries. It is even worse where clinics have been donated items of equipment and the manufacturer may not even know where their goods are in the world). Even for those items that they can readily get hold of, they may have to buy a spare that replaces more parts than the part that is actually broken, and often feel they are paying too much for spares.

However, Mr Busio is clear that the biggest challenge for him is not cost but downtime. He gives the example of a coloscope machine in which the bulb has just broken (definitely not something a 3D printer helps with!) – the entire coloscopy department is at a standstill without the equipment. This isn’t an environment where they can afford to have a lot of backup equipment – so his aim is to get the equipment working again as fast as possible. That is what he most likes about the 3D printers, the speed with which a new part can be fabricated, without having to be dependent on other suppliers having stock or even of having to go through a procurement process.

Clearly, a 3D printer is far from being the answer to everything – the coloscopy bulb neatly demonstrates that – but it does plug a particular gap. The MakerNet pilot project last year also did some work on spare parts and repairs for medical devices, and we can confirm the exciting potential of this area from our own research. We found that there are some items which (from our so far small sample of clinics) fail regularly but are difficult to get hold of, so it would be feasible to have an online library of open source designs which can be downloaded and made in many different places. A good example of this is tube holders for centrifuges. Centrifuges are a common item of equipment used at clinics and health posts for dealing with blood samples. There are plastic fittings that hold the test tubes containing the sample in place, which break. As soon as one has broken, the centrifuge won’t work properly even if the other holders are intact because it is no longer balanced when it spins. Our tube holder designs can be accessed here.

Medtech Kijenzi are continuing their trials, with the objective being to find a sustainable way to embed the capability into the public health system without their project team being present. A large hospital such as JOOTRH where that particular trial took place, could probably justify having its own printer and capability to run it. A mobile capability may be the answer for smaller health facilities. But we are also exploring the feasibility of developing a replicable business model that entrepreneurs in many different locations could pick up, adapt to their own situation, and use to supply local market needs - including medical spares but also many other products. This is very similar to the Digital Blacksmiths concept developed by TechforTrade.

We’re encouraged to see so many organisations working on this important area, each having a different focus to their work but all contributing to the global knowledge pool. We’re sure there are more relevant examples out there and we would love to hear about them! 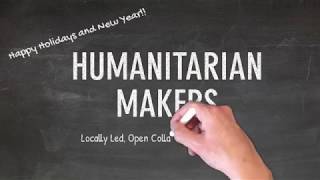